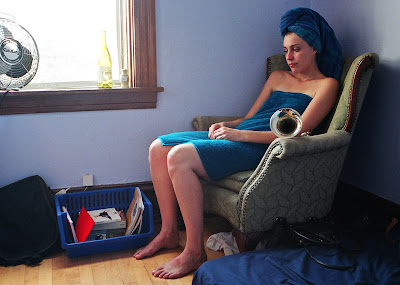 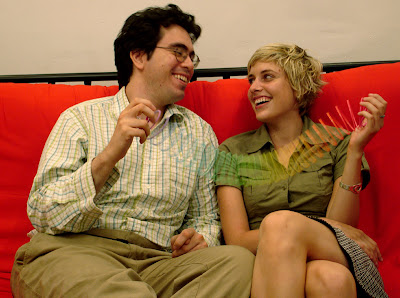 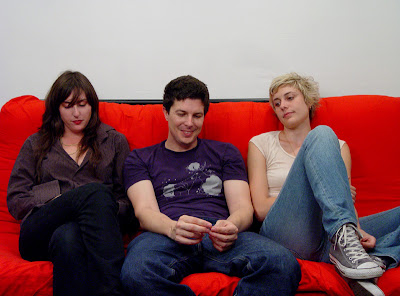 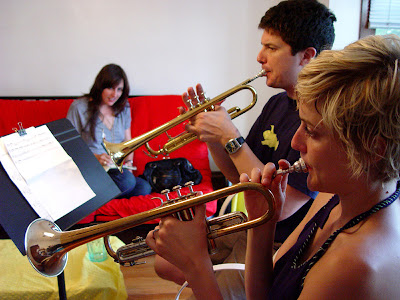 Hannah Takes the Stairs is one of the finest American independent films I've seen. A perfect distillation of Mumblecore "realism" into actual realism by way of the presentation of people as they are, Hannah Takes the Stairs refuses to adopt the tics of adultescence as a raison d'etre, instead exploring a progression toward adulthood in which these tics are details on a larger canvas. Unlike the work of Bujalski thus far or Katz's Quiet City, Hannah takes place in a world that verges on the responsibilities of life begun in earnest. In their careers and their personal lives, these characters aim at something, even they fall short. Adulthood seems attainable, if we can just finish trying out the selves, jobs, and relationships that don't seem quite enough.

Joe Swanberg's camera is incredibly effective (if not formally rigorous). He occasionally zooms from 2-shot to closeup to extreme closeup, playing off of the performances and improvising along with his actors. The looseness of this style is a virtue, reflecting the 'playing it by ear' sensibilities of his not-quite-adult characters. Swanberg's shooting style and direction encourage a depth of performance by his (non-)actors that reaches a level of emotional authenticity rarely found in amateur acting. He's helped by a cast of filmmaker comrades and the luminous Greta Gerwig, who earns every frame of closeup she's given.

In his New York Times review, Matt Zoller Seitz called Hannah an "incidental swan song," a "graduation photo in motion" for the Mumblecore movement. It's at least partially true; unlike their predecessors, these characters seem to be taking the initiative in their own growing up. Where confusion and lack of direction were major themes of Mumblecore films (and defining traits for their characters), Hannah concerns itself with this as a jumping off point. It's episodic, three-part structure works as 3 (nontraditional) "acts": Mumblecore uncertainty, tentative commitment, and let's-see-how-this-goes near-maturity. Over the course of the film, Hannah sheds her adultescent insecurities and her own image of herself as a partially realized human being, becoming more confident in her own skin. Her final acceptance of human beings as works-in-progress seems beyond the grasp of previous Mumblecore characters; perhaps it's a signal that graduation is the beginning of the rest of your life.

Article plus récent Article plus ancien Accueil
Inscription à : Publier les commentaires (Atom)
Before familiarity can turn into awareness, the familiar must be stripped of its inconspicuousness; we must give up assuming that the object in question needs no explanation. However frequently recurrent, modest, vulgar it may be, it will now be labeled as something unusual.