Clips from 2 films by Straub and Huillet adapted from Hölderlin's adaptations of classical works/themes:

Trailer for John Marshall's A Kalahari Family, a 6-hour documentary on the changes in Ju/'hoansi society in Nyae Nyae, shot from 1951 to 2001 (!).

Considering that a free cinema and television don’t exist in the current state;

Considering that a tiny minority of authors and technicians have access to the means of production and expression;

Considering that the cinema today has a capitol mission to fulfill and is gagged at all levels in the current system:

The directors, technicians, actors, producers, film and television critics determined to put an end to the present state of affairs, have decided to convoke the Estates General of Cinema.

We invite all of you to participate in these Estates general, whose date will be specified later.

– The Revolutionary Committee of Cinema-Television

According to Shakespeare, men are involved in history in three ways

"At times I think and at times I am." - Paul Valéry 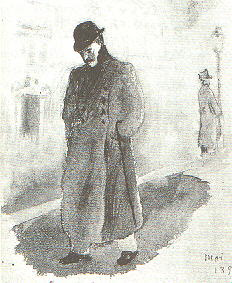 "Bambule was the TV movie that Ulrike Meinhof had written about a group of girls rioting in their youth home. It was scheduled to air on Sunday, 24 May [1970], at 8:15 PM. But Meinhof had helped free Andreas Baader from prison custody two weeks earlier, and Bambule never aired. It was eventually aired on German TV in 1997. The script was published in book form in 1971."

"The attempted assassination of Rudi Dutschke on 11 April 1968 provoked Meinhof to write an article in konkret demonstrating her increasingly militant attitude and containing perhaps her best-known quote:

"Perhaps her last work as an individual was the writing and production of a film titled Bambule in 1970, urging female revolt and class warfare; by the time it was scheduled to be aired, she had become a wanted terrorist and its broadcast was delayed until 1997. More specifically, by that point she had participated in the breakout of Baader on the 14 May 1970. During this assisted escape (from a research institute Baader was visiting rather than a prison), a 64-year old librarian was shot (several times with a pistol, resulting in critical liver damage) and two law enforcement officers were wounded. Baader and the three women involved were accused of attempted murder and a 10,000DM reward was offered for Meinhof's capture."

How does this violent conclusion arrive from the events prior to her revolutionary actions?

"Later that year [1968], her writings on arson attacks in Frankfurt protesting the Vietnam War resulted in her developing an acquaintance with the perpetrators, most significantly Andreas Baader and Gudrun Ensslin. She left her job at konkret in the early part of 1969 (later returning to vandalise the offices in May) and began her life as a self-styled guerilla."

konkret is a radical leftist magazine whose motto is "reading what others don't want to know" (lesen, was andere nicht wissen wollen).


Remember that Karl Marx integrated his radical politics with a career as a journalist, editing and writing for radical papers such as Rheinische Zeitung, Deutsch-Französische Jahrbücher, and Vorwärts. [While Marx was editing the paper, RZ published a series of dispatches from Engels that were later collected as The Condition of the Working Class in England]. After fighting censorship and launching the Neue Rheinische Zeitung, his closing statement in the NRZ's last issue could easily have been written by Meinhof: "We have no compassion, and we ask no compassion from you. When our turn comes, we shall not make excuses for the terror."

What is the relationship between "what others don't want to know" and Meinhof's factual/ideological understanding of the prevailing circumstances?

Is Meinhof's critique a version of the 'if youre not outraged you're not paying attention' (here rewritten as 'i am paid to pay attention and I am indeed completely outraged')?

“Either you are part of the problem or part of the solution. There is nothing in between. The whole shit has been researched and examined from all sides already. I’m of the opinion that the majority of things in this country are not in need of any more analysis or study.” (Cleaver*) — as quoted in The Urban Guerrilla Concept

"Marxism emphasizes the importance of theory precisely and only because it can guide action. If we have a correct theory but merely prate about it, pigeonhole it and do not put it into practice, then that theory, however good, is of no significance."
— Mao Tse Tung: On Practice (as quoted in The Urban Guerrilla Concept)

The Maoist approaches to action that Meinhof adopts springs from an understanding of German society as, effectively, a fascist regime (in which the oppression of fascism is both an economic and a political force). The title of her essay means to extend the principles set forth in Carlos Marighella's Minimanual of the Urban Guerrilla, which sets forth rules of engagement for Brazilian urban resistance to the dictatorship that followed the 1964 coup. But Marighella's introduction seems to invalidate terrorism as a legitimate strategy of 'resistance' in the West:

The accusation of "violence" or "terrorism" no longer has the negative meaning it used to have. It has aquired new clothing; a new color. It does not divide, it does not discredit; on the contrary, it represents a center of attraction. Today, to be "violent" or a "terrorist" is a quality that ennobles any honorable person, because it is an act worthy of a revolutionary engaged in armed struggle against the shameful military dictatorship and its atrocities.

RAF terrorism fails this test on two counts. It's primary effect is to divide and discredit their cause, and lacks the legitimacy of resistance of the Brazilian struggle.

Meinhof's understanding of power structures and their corrosive effects on freedom might well be noticed by watching Bambule. If the world of the girls reformatory/prison is for Meinhof representative of society at large, than certain segments of the world outside can be seen as a post-revolutionary space in which authority is escaped and self-actualization is possible. One component of this self-actualization is the basic sexual liberation that many of the girls enjoy; away from the repression of the reformatory their lesbian impulses are unrestricted. The prison is a place of unrealized desire, but one with which the escapees maintain a strong solidarity. It's also notable that the power structures of the prison seem inescapable even at film's end, as if the measures taken were no match for entrenched power.

I would speak further on the film, but it's not strong in my memory (and was watched without English subs).


The meaning of "Bambule"

My copy of Bambule was erased in a recent hard drive crash; it was by no means a revelation, nor a key to understanding the RAF's politics of action, but it does offer a window into Meinhof's ideas on systemic oppression and the battles necessary for freedom.

Some of you can look into downloading it here.

[I'd love to read a good translation of Meinhof's April 1968 article on the Frankfurt department store bombings, for one - that article seems an essential window into her ideological trajectory]

Often corruption is just seen as a crime of theft. And the major point of the movie actually is that corruption is not a victimless crime. Corruption is actually one of the most violent crimes in the entire world, especially when the victims of this theft are amongst the poorest and most impoverished people in the world. You can't steal $2 billion from people who are hungry and don't have enough food to eat without there being unbelievably horrible repercussions. It's akin to war crimes, just in its scope and in its scale.
- Jason Kohn

Revolution is the Opium of the Intellectuals 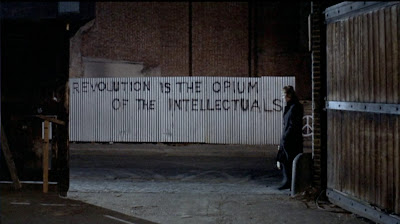 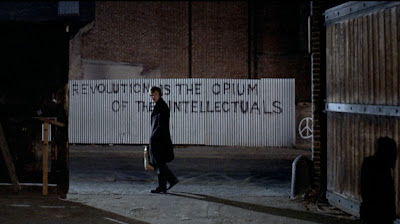 "The time will come when our silence will be more powerful than the voices you strangle today!"

Posted by David McDougall at 17:45 Aucun commentaire:
Envoyer par e-mailBlogThis!Partager sur TwitterPartager sur FacebookPartager sur Pinterest
Labels: capitalism, Haymarket, May Day, Quotes, violence
Articles plus récents Articles plus anciens Accueil
Inscription à : Articles (Atom)
Before familiarity can turn into awareness, the familiar must be stripped of its inconspicuousness; we must give up assuming that the object in question needs no explanation. However frequently recurrent, modest, vulgar it may be, it will now be labeled as something unusual.