techne does what it must

Below I've included 2 linguistic and historical digressions that I cut from my piece on Philippe Garrel at The Auteurs. They likely need more fleshing out to stand on their own, but for now:

Our difficulty in separating the 'true story' for the 'true' story has its roots in the earliest Western traditions of abstracted thought (themselves products of the historical moment at which leisure combines with urban life). Take the mythoi of the ancient Greeks: in Homeric Greek, mythos (μῦθος) refers to a thing said, a story being told, without reference to its truth value. The word gains a sense of unbelievability that we can trace along with the rise of "logos"-centic rationalism in the Greek world from the physiologoi of the Ionian school through Herodotus' approach to historia.

and, speaking of the myths propagated by the Romantic artists vis-à-vis artistic creation and inspiration:

* myths propagated, but also revealed: the position of the artist, "freed" from systems of patronage, is reduced to an independent contractor, a speculator in the value of their own work. In this system of proto-neoliberal liberation, one needs a certain degree of madness to undertake art as a career. One can also see in this the decline of the craft of art -- the end of techne -- as art (that is, "art," the mythical process of its creation) moves from the realm of work to the realm of 'inspiration.' The disappearance of artists' schools might be said to be the beginning of the end of the idea of art as a process independent from a metaphysical spirit. [Interesting that we can so easily parallel the rise of individualism in the political and philosophical spheres with the rise of similar myths in the arts, in all cases replacing collectivity and higher virtues to which one answers...]

To those who might source this Romantic myth in some classical ideal of inspiration, the relationship between metaphor and reality in ancient Greece leaves the Muses as more a rhetorical flourish than an actual conception of inspiration's roots (mythos makes no claims to facticity). See also the secular mythmaking by Romantic wits like Edward Bulwer-Lytton: "Talent does what it can; genius does what it must."
Posted by David McDougall at 04:47 Aucun commentaire:
Envoyer par e-mailBlogThis!Partager sur TwitterPartager sur FacebookPartager sur Pinterest
Labels: art, Greek, history, language, myth, Romanticism, techne

You might be aware of this if you follow my Twitter, but I recently saw Alejandro Adams' film Canary, which utterly floored me. I'll be putting together more content on Canary soon, including some thoughts on the way that it offers a formal approach to capturing capitalism's relationship between indoctrination, oppression, and the complicity of the "Little Eichmanns"* who are also made it's victims.

* you probably first heard this phrase when used by Ward Churchill in his essay Some People Push Back from September 2001, but it originated in John Zerzan's 1995 essay "Whose Unabomber?"


Somewhat related: this excellent article from the New York Times Magazine by Matthew B. Crawford is an adaption of his new book "Shop Class as Soulcraft: An Inquiry Into the Value of Work." It's the kind of piece that you expect to be some sort of mythologizing of the yeoman farmer à la Jefferson, that instead is a sly, intelligent critique of the relationship between alienated labor and suboptimal systemic and personal outcomes.
Posted by David McDougall at 04:16 Aucun commentaire:
Envoyer par e-mailBlogThis!Partager sur TwitterPartager sur FacebookPartager sur Pinterest
Labels: Alejandro Adams, alienation, anarchism, Canary, capitalism, Capitalism eats her young, Karl Marx, work

The Mythopoesis of Autobiography: Philippe Garrel's "Emergency Kisses" and "I Can No Longer Hear the Guitar" 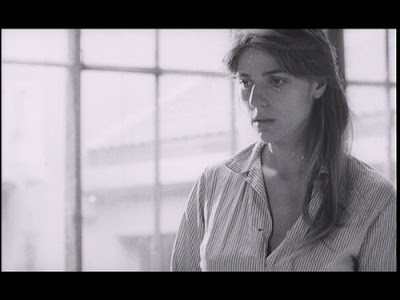 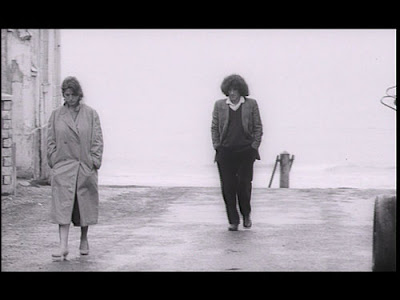 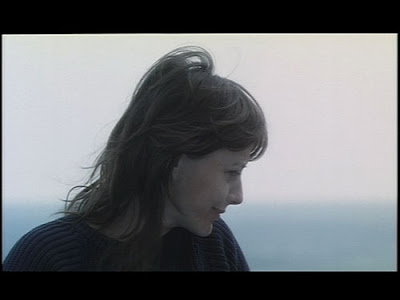 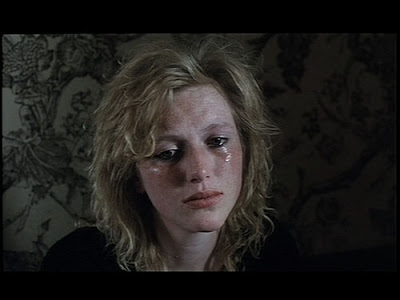 My article The Mythopoesis of Autobiography: Philippe Garrel's "Emergency Kisses" and "I Can No Longer Hear the Guitar", about today's dvd release by Zeitgeist Films, is currently up at The Auteurs.
Posted by David McDougall at 15:43 Aucun commentaire:
Envoyer par e-mailBlogThis!Partager sur TwitterPartager sur FacebookPartager sur Pinterest
Labels: fiction, non-fiction, Philippe Garrel

In the battle between words and silence, I throw my lot in with the latter.

In the battle between words and silence, I throw my lot in with the latter.
Posted by David McDougall at 22:04 1 commentaire:
Envoyer par e-mailBlogThis!Partager sur TwitterPartager sur FacebookPartager sur Pinterest

If you film a soldier, you don’t stand in front of the rifle, but behind, like a war reporter

"We had a somewhat simplistic idea. A little soldier facing a fortress, society. If you film a soldier, you don’t stand in front of the rifle, but behind, like a war reporter."
- Luc Dardenne, on filming Rosetta (h/t)

"Georg K. Glaser is a working-class writer. Quite literally: he spends the morning at his desk and from midday on he is in his workshop in the Paris district, Marais. There he makes bowls, lamps, vases, jugs, and other metal products. He has mastered techniques that almost no other smith is able to carry out. Born near Worms in 1910, Glaser left home early and went wandering. He was put in children’s homes and joined the Communist Party. In 1933 he went underground and fled through the Saar region to France. There he was naturalized and worked for the state railroad until he was conscripted in 1939, soon finding himself in a German prison camp. For years he had to pretend to be a Frenchman who could speak German well. After escaping and being placed in a penal camp, he returned to Paris and worked for Renault. He found working on a conveyor belt intolerable and inhumane. And so, almost 40 years ago, Glaser opened a craft workshop in order to exercise his critical facul-ties in thought and practice. He combines his craft with writing and points out that the French word for craftsman, artisan, contains the syllable “art,” so that art is no longer separated from work." (Harun Farocki)

back to being an art form

"I have lost count of the number of articles proclaiming the imminent or actual death of the music industry. Does this mean that music can now go back to being an art form again? & If so, is it the first art form to begin adapting itself to the post-capitalist society we now find ourselves living in? Or is it just something you get free when you buy a mobile phone?"
- Jarvis Cocker

the first of May 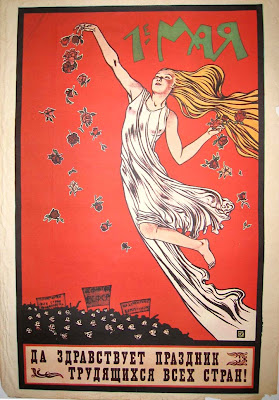 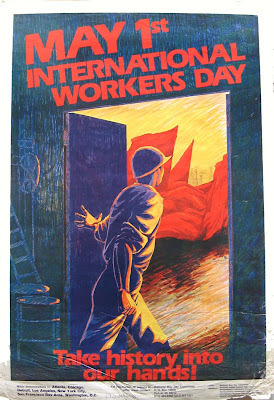 Posted by David McDougall at 16:17 Aucun commentaire:
Envoyer par e-mailBlogThis!Partager sur TwitterPartager sur FacebookPartager sur Pinterest
Labels: May Day
Articles plus récents Articles plus anciens Accueil
Inscription à : Articles (Atom)
Before familiarity can turn into awareness, the familiar must be stripped of its inconspicuousness; we must give up assuming that the object in question needs no explanation. However frequently recurrent, modest, vulgar it may be, it will now be labeled as something unusual.